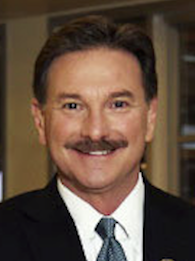 Reporter Ric Romero is retiring from KABC in Los Angeles after 20 years with the station. Today is his last day.

Rick has most recently been specializing consumer reports focusing on technology and the Internet, as well as investigating consumer fraud for his ABC7 On Your Side reports.

But he has held many other roles while at KABC, including Orange County Bureau Chief, weekend sports anchor, and Sunday morning news anchor.

Before joining KABC, he worked as a consumer and investigative reporter at NBC affiliate KPNX in Phoenix. He previously worked as a host of the PM Magazine show at CBS affiliate KUTV in Salt Lake City.

Ric began his television career at KNTV-11 in San Jose as a studio cameraman in 1977.