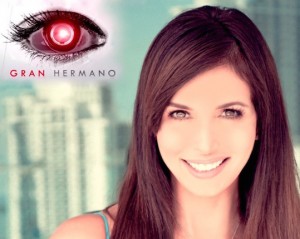 A well-known TV personality and actress, Giselle was part of the group of hosts that launched Univision’s morning show “Despierta América” in 1997. While at Univision, she hosted the beauty pageant “Nuestra Belleza Latina” for seven consecutive years until 2013.

Over 5,000 people auditioned for a spot in Telemundo’s “Gran Hermano.” A total of 14 were chosen – 7 men and 7 women. For 3 months, they’ll be living together in a house sealed off from the outside world. Their every move will be recorded 24/7.

Each week, housemates will nominate who should be kicked out and the audience will vote who gets to leave the house. The last house guest wins a grand prize of $250,000.

In addition to the 8 pm Sunday show, Telemundo will air “Gran Hermano: La Novela,” a daily recap airing at 12 am/11 pm CT and every Wednesday at 7 pm/6 pm CT, there will be a special show featuring the intimate life of each housemate before they’re nominated for elimination.

Viewers can also witness the real time action inside the house of “Gran Hermano” 24-hour a day, seven days a week on Telemundo.com/GranHermano.
“Gran Hermano” is produced by Endemol Shine Latino. The Spanish-language version of the worldwide hit reality show is licensed exclusively to Telemundo in the U.S.

Spanish-language versions of the show have aired in Latin America.