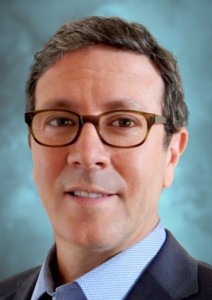 Univision has promoted Jorge Domínguez from VP to SVP of Art and Design. He’ll remain based in Miami and continue to report to Jessica Rodríguez, EVP and Chief Marketing Officer.

Domínguez, who leads a team of more than 50 designers, has been with the company in several creative capacities for almost 30 years.

During that time, he has developed award-winning sets and graphics for the majority of the Univision-produced entertainment, news and sports shows, as well as digital products and music specials. Among them, Premios Juventud, Latin GRAMMY’s and Premio Lo Nuestro, for which he developed the very first logo and design when it launched 27 years ago.

In 2015, Domínguez led the design of new sets for “Despierta América,” “El Gordo y la Flaca,” and “Sal y Pimienta,” and was behind the redesign of the Univision Noticias brand, as well as the Destino 2016 election brand platform.

He has also created new graphics and a set design for the 10th season of the network’s beauty reality show, “Nuestra Belleza Latina,” to be unveiled in 2016.

Domínguez was involved in the creation of Univision’s original logo in 1990 and played a role in the conception and rollout of the logo’s 2013 redesign.

According to the company, “he has been essential in the evolution of art design” for Univision and “has been vital to the development and execution of Univision Deportes Network and UniMás Network.”

Before joining Univision, Domínguez was a freelance art director with Turner Sports.