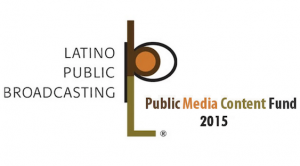 Every year LPB invites independent producers to submit proposals on Latino-themed programs or series in various stages – from research and development, to production, post-production and new media for funding consideration.

Salvadoran American Civil Rights Documentary Project
Director/Producer: Nina Álvarez, Zócalo Media
1 Episode/60 Minutes
In the 1980s, Salvadoran refugees fled from repressive military regimes and death squads in El Salvador and sought asylum in the United States. However, unlike refugees from other countries, many Salvadoran refugees were denied asylum and were placed in detention centers suffering civil rights abuses in the country they hoped would be their adopted home. This documentary will explore an unknown chapter in American civil rights history told through two landmark lawsuits against the U.S. federal government, Orantes v. Smith and American Baptist Churches v. Thornburgh which resulted in sweeping changes to U.S. immigration policy.

500 Years
Co-Producers/Co-Directors: Paco De Onís, Pamela Yates, Skylight Pictures
Category: Post-Production; 1 Episode/60 Minutes
A Mayan nonviolent resistance movement to protect ancestral lands in Guatemala is galvanized by the first trial in the history of the Americas to judge the genocide of indigenous peoples. Will this be a tipping point for Mayan survivors of genocide in their struggle to overcome Guatemala’s powerful elite and win the battle for their country’s soul and destiny?

Beyond La Bamba
Co-Producers/Directors: Marco Villalobos, Daffodil Altan, Flywitness Films
Category: Post-production; 1 Episode/60 Minutes
Through the compelling story of two young musicians who leave home to follow their dreams, Mexico’s 300-year-old son jarocho tradition comes vividly to life in Beyond La Bamba. From the rural roots of Veracruz to the urban rhythms of the Midwest, these musicians will forge new lives but remain true to their music.

Coming Out of the Dark: The Times of Gloria Estefan (w.t.)
Director/Co-Executive Producer: Soledad O’Brien, Starfish Media Group
Co-Executive Producer: Rose Marie Arce
Producer: John J. Valadez
Category: Production: 1 Episode/60 Minutes
This documentary explores the extraordinary life and music of Gloria Estefan, from a refugee fleeing communist Cuba to her extraordinary rise to the top of the pop charts. Through her journey, Estefan re-defined American popular music, and opened the way for a new generation of artists.

Empowering the People: The Willie Velasquez Story (w.t)
Director/Producer: Hector Galán, Galán Productions, Inc.
Category: Production; 1 Episode 60 Minutes
Through Willie Velasquez’s journey from radical student activist to respected statesman, this documentary will examine the history of the Latino vote, the barriers Latinos had to overcome to obtain representation, the contemporary issues facing Latinos today and the role of the Latino vote in the upcoming 2016 election.

Memories of a Penitent Heart
Director/Co-Producer: Cecilia Aldarondo
Producer: Patricia Benabe
Category: Post-Production; 1 Episode/60 Minutes
Memories of a Penitent Heart follows a filmmaker’s journey of discovering the truth about her uncle’s life 25 years after his death from AIDS as told through the contradictions of family members, open secrets, and shifting memories. Her investigation uncovers his life as a gay man in New York City, unacceptance of his lifestyle by his mother in Puerto Rico, and the struggle for legitimacy in a religious Latino family.

Project Grit (w.t.)
Executive Producer: Sharon Tiller, The Center for Investigative Reporting
Director/Producer: Katie Galloway
Co-Director: Kelly Duane de la Vega
Co-Director: Dawn Valadez
Category: Post-Production; 1 Episode/60 Minutes
Project Grit tells the story of celebrated professor Victor Rios, a Mexican immigrant, once gang affiliated teen, who radically changes his life with the help of his mentor Martin Flores. The film weaves together compelling twenty-year-old archival footage of Victor and his mentor Martin with compelling contemporary footage of the two men today, as they work together to change the lives of other students on the margins of failure. Referred to as push-outs, these students have been suspended or expelled from school and, unfortunately, some are ultimately pushed into the criminal justice system.

Caracol Crusando
Director/Producer: Pamela Chavez
1 Episode/ 14 Minutes
Caracol Crusando is an animated film about a Costa Rican-American girl, Anais, whose journey across the US/Mexican border with her pet turtle reveals the true risk of immigration for her undocumented family.

Unaccompanied
Director/Producer: Carlos Avila, Echo Park Films, Inc
1 Episode/ 18 Minutes
Unaccompanied is a short drama that centers around the 2014 crisis of ‘unaccompanied juveniles’ entering the United States. The heart of this story is the impact that one of these juveniles has on a U.S. Border Patrol agent.