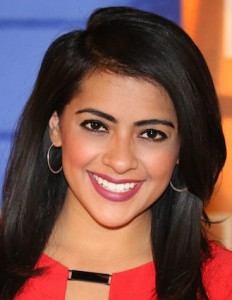 Lesley Marin is leaving Bakersfield, where she’s an anchor/reporter at KERO, for a similar position at KTNV ABC 13 Action News in Las Vegas.

Her last day at KERO is this Thursday, December 31.

She begins at KTNV on January 11, 2016, anchoring weekend mornings and reporting dayside three days a week.

Lesley has been solo weekend anchor for KERO’s 6 and 8 am morning newscasts and weekday MMJ since 2013. Prior to launching her on-air career, she handled the station’s website, Facebook and twitter as Multimedia Producer.

The move to KTVN marks her second job since graduating from Arizona State’s Walter Cronkite School of Journalism in 2013.