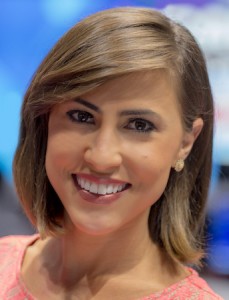 Sheli Muniz has landed a new job as 4:30 and at 11 am anchor at Miami’s WTVJ NBC 6. She starts on December 16 and is scheduled to be on-air later this month.

Sheli leaves WKMG, the CBS affiliate in Orlando, where she has been an anchor/reporter since 2012.

Sheli will be taking over for anchor Pam Giganti, who is retiring at the end of December.