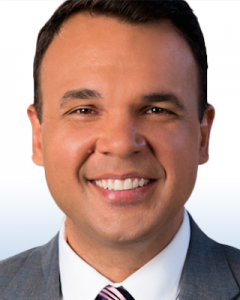 Todd is leaving CBS 3 in Philadelphia, where he has been a nightside reporter and a fill-in anchor since 2001.

He previously spent two years as an anchor/reporter at KERO-TV, the ABC affiliate in Bakersfield.

Todd began his broadcasting career on cable station BRC-TV in Stroudsburg, Pennsylvania in 1996.