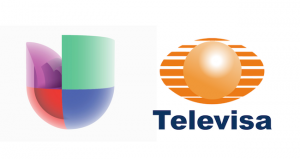 Univision and Televisa announced they are expanding their alliance to promote training and provide more opportunities for Latinos in media and new technologies in 2016.

In order to do so, they’ll be strengthening existing efforts to “develop and educate future media leaders and professionals” by offering education, mentorship and career development programs for “writers across broadcast, film, digital and other media formats.”

Among their plans: sponsoring production projects like documentaries and short fiction pieces by students and emerging talent to air on Fusion.

Univision and Mexican media giant Televisa, which owns a stake in the U.S. broadcaster, say they’ll promote “newly-created incubator programs to allow emerging Latino media makers to showcase their production and writing skills, both at the local and national level.”

Univision will also open a technology and learning center at KDTV-14, its O&O station in San Jose, California, which will include computer coding training and other STEM related training and events.