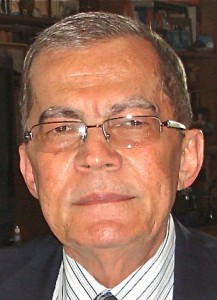 Albor Ruiz has penned a column for the New York Daily News for the past 20 years. But that has come to an end in 2016. Citing budget cuts, the paper has pulled the plug on his column.

Albor, who was laid off from the Daily News in 2013, had been able to work out a deal where he could continue to contribute a column on a freelance basis, until now.

“The News informed me on New Years Day of its decision to scrap the column I’ve written for 20 years,” Albor tells Media Moves.

His final column, about the deportation of Central American refugees, was published on Monday, January 4.

“It’s painful but I’m encouraged by –and grateful for– the messages of support and encouragement of so many readers, friends and colleagues.”

He says he’s currently exploring his options, but is keeping his readers in mind. “I’ll do my best not to disappoint them,” he says.

Wil Santiago, one of Albor’s supporters, has launched a petition asking Daily News CEO Bill Holiber to reconsider his decision. In his call to action, he argues: “His column was a beacon of hope for so many of us, and his insights helped put some of the issues that affect our communities in perspective.”

Before joining the Daily news in July of 1993, Albor was the Editor-in-Chief of the bilingual newspaper El Daily News and Chief Editorial Writer and columnist at New York’s El Diario-La Prensa.