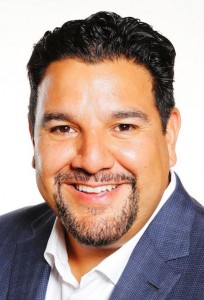 Abrego, who was named Co-CEO of Endemol Shine North America with Charlie Corwin in October of 2014, will now also serve as Co-Chairman, Endemol Shine Americas.

Both execs, based in Los Angeles, report to Sophie Turner Laing, CEO of Endemol Shine Group.

Abrego and Corwin have overseen the integration of the Endemol USA and Shine America teams, creating new scripted, unscripted and Latino divisions.

Over the last year, the company has produced nearly 1000 hours of programming across 30 networks including FOX’s and CBS’s “MasterChef” and “Big Brother” and Bravo’s “The Real Housewives of Atlanta.”

Endemol this year is establishing a new central hub within Endemol Shine Latino to connect and oversee all of Endemol Shine Group’s businesses throughout Latin America. The company has production bases in Argentina, Brazil, Chile and Peru, in addition to its current footprint across Hispanic U.S. and Mexico.

The hub will be led by Laurens Drillich as President of Endemol Shine Latino, who’ll be based in Miami and report to Abrego and Corwin.

Abrego, former co-founder and CEO of 51 Minds Entertainment, stepped into Endemol’s North America leadership role in October 2013, after selling his production company to the Endemol in 2008.

Abrego helped create the celeb-reality genre with the 2003 launch of “The Surreal Life” on The WB Network. He followed it with a string of celeb-reality series for VH-1, including “Flavor of Love” and “Rock of Love with Bret Michaels.” At its peak, his 51 Minds Entertainment was producing more than 150 hours of programming a year for VH1 alone.

Abrego began his career at Bunim/Murray, where he worked on hit series “The Real World” and “Road Rules.”