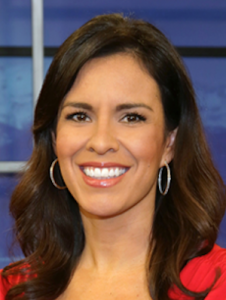 Carina Corral is heading back to San Luis Obispo NBC affiliate KSBY as a 10 and 11 pm weekday anchor. She starts the job on Tuesday, January 19.

She’ll be replacing Jeanette Trompeter who is leaving the station.

Carina previously spent 9 years a reporter and morning anchor at KSBY before moving to KSEE, the NBC affiliate in Fresno, CA in 2013.

Her last day at KSEE was Wednesday, January 6.

Prior to working at KSBY, Carina was a weekend anchor/reporter at NBC affiliate KIEM in Eureka, CA from 2002 to 2004.