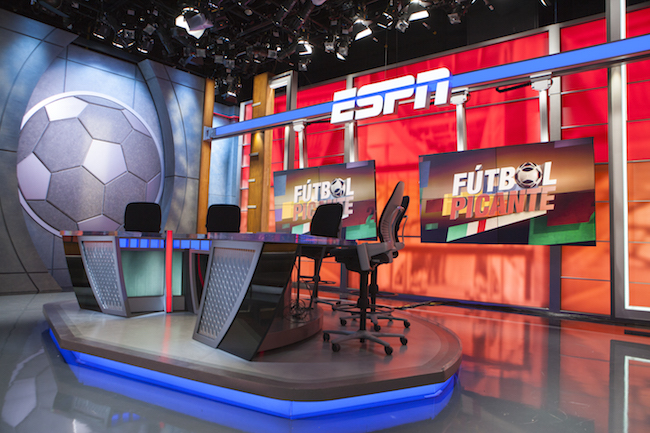 ESPN Deportes, which went live on Jan. 7, 2004, is celebrating 12 years on the air this week. And on this anniversary, the network is revamping its look, programming slate and is inaugurating a new 2,690 sq. foot production facility in Mexico City.

The new production center combines four studios that accommodate several sets in one place, allowing for distinct differentiation of each show by simply changing the look-and-feel with the touch of a button. The technology increases the number of production hours for each market.

Some of the studios’ features include a custom-made curve HD screen in the SportsCenter set, a multi-screen display and touchscreen monitor for in-depth analysis with Fútbol Picante, a boxing ring that can be disassembled in less than 60 seconds in Golpe a Golpe’s demo area and the ability to use the different sets simultaneously.

The network is also sprucing up its Miami studio shows “Jorge Ramos y Su Banda” and “Raza Deportiva,” with a new look, graphics and animations to better engage with television viewers.