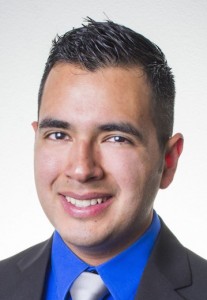 Freddy Vela is starting a new job as weekend weather anchor/MMJ at KGBT’s CBS 4. His first day is Thursday, January 28.

In addition to his weather anchoring duties on weekends, he’ll be reporting 3 times a week as an MMJ for the 5 and 6 pm weekday newscasts.

After graduating from the University of North Texas Denton, Freddy joined Entravision, starting his career in the promotions department. There, he learned how to edit video and had a chance to practice some reporting, paving the way for a job on “Good Day Valley.”