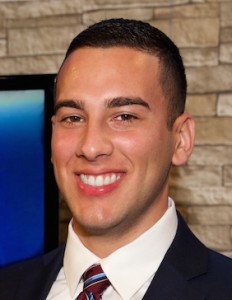 This is his first job out of college. He arrives from his native Puerto Rico, where he most recently finished a broadcast meteorology internship at WIPR. He previously interned at the National Weather Service in Brownsville, Texas, where he conducted climatology research

Joeseph is a member of the Puerto Rico chapter of the American Meteorological Society.