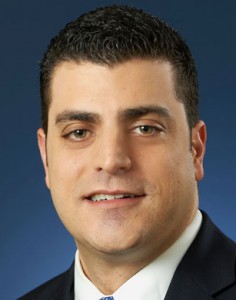 Beau Ferrari is changing titles at Univision Communications. The company announced today it has named him to the newly created position of executive Vice President, Corporate Strategy and Development, effective immediately.

Ferrari will remain based in Miami and report to Frank Lopez-Balboa, Chief Financial Officer.

Since joining Univision, Ferrari has held roles of increasing responsibility. He was most recently EVP of Operations, responsible for managing the growth and profitability of the company’s content offerings across its entertainment, news, sports and cable platforms.

He was previously interim CEO and General Manager of FUSION, interim co-head of Univision Sports and Chief of Staff and special assistant to the CEO.

Prior to joining working at Univision, Ferrari was co-founder and partner of Royal Palm Capital Partners, a private equity investment and management firm. He began his career as an investment banker with Morgan Stanley & Co. in New York.