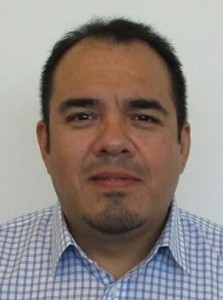 Former Washington Post and Mercury News tech reporter Sam Diaz has landed a new job in “corporate journalism.” Today is his first day as Director of News at Hewlett Packard.

“I will be building a newsroom to promote content about HP, products and industry trends, targeting a broad audience that includes journalists, analysts and consumers,” Sam tells Media Moves.

Until last week, Sam was Director of Digital Content at another tech company called Broadcom. He had been there since April of 2012 after a 20+ year career in print journalism.

“Working in a corporate ‘newsroom’ has definitely been a change of pace. The respect of deadlines is definitely different, as is the urgency around news. Still, I have found the news outlets with limited resources appreciate the insight and information that corporate newsrooms are offering.”

Sam covered the rise of the Internet for the San Jose Mercury News during the dot-com boom and bust era in the late 1990s. He left the Silicon Valley paper in 2005 for the Washington Post, where he worked helped shape business technology coverage and started the newspaper’s first technology blog and podcast.

He returned to the Bay Area in 2007 to work in communications company focusing on tech start-ups, but shortly after took a job as a Senior Editor ZDNet.

Sam began his career as a Night City Editor at the Fresno Bee.