The first speakers and sessions of the inaugural NAHJ conference for Spanish-language journalists at Hispanicize 2016 were unveiled today.

The multi-day event, which takes place during Hispanicize Week from April 4-8 in Miami, will include in-depth social media training for reporters, a student journalist news project, a day devoted to exploring issues that impact Latinos in media and the third annual Media Entrepreneurship Boot Camp for Hispanic Journalists. 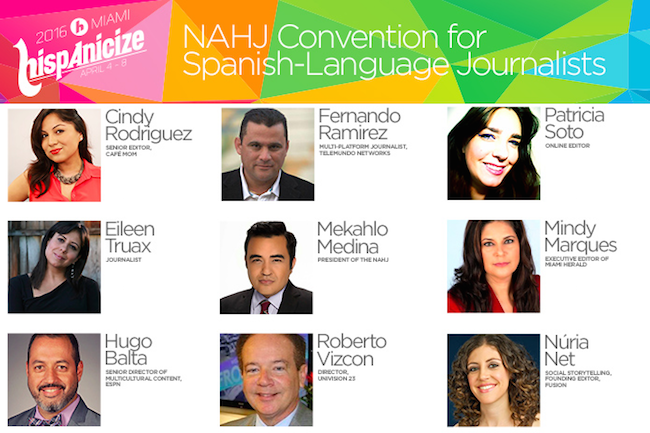 In addition to the journalism sessions, all journalists attending the convention will get “full access to virtually all Hispanicize sessions and events,” says Hispanicize founder Manny Ruiz.

The NAHJ Student Journalist Project will team up students from universities across the country with full time journalists to produce daily news content from the event. Former NAHJ president Hugo Balta is overseeing the student project.

You can see the preliminary programming schedule on the Hispanicize website.