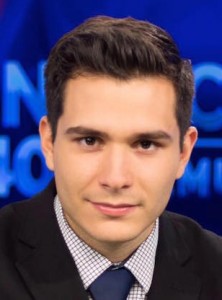 Jairo Lozano is leaving the Rio Grande Valley for a new position in San Antonio, but is staying within the Telemundo family. KVDA 60 has hired him as a Video Journalist for “Noticias 60 Telemundo.”

Jairo will be working for the station’s weekday newscasts at 4:30, 5 and 10 pm. He makes his on-air debut in mid-February.

He is currently a reporter for KTLM Telemundo 40 in McAllen – a role he has held since June of 2014.

Jairo’s entire broadcast career has been in Texas, starting with Telemundo right out of college in 2013. His first job was as an assistant producer at KXTX Telemundo 39 Dallas.