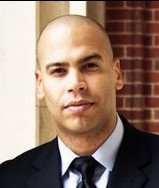 Max Ramírez resigned as SBS’ VP of Digital Media to take on a position as Director of Multicultural Sales at iHeartMedia in Los Angeles.

Before joining SBS in July of 2013, Ramírez was Digital Sales Director for Batanga Media and National Sales Manager for ImpreMedia.

He previously held positions in sales at MTV Puerto Rico and WAPA América.