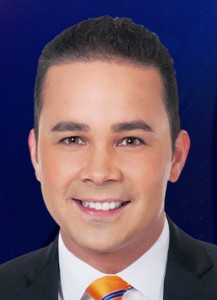 Telemundo Houston today announced it has named Carlos Robles Meteorologist for the station’s weekday newscasts at 4:30, 5 and 10 pm.

An Emmy award-winning journalist, Carlos joins KTMD from Univision 45 Houston, where he worked for 9 years.

He began his broadcasting career at WLII Univision Puerto Rico as a production assistant in 2003 before becoming a weather anchor two years later. He left his native Puerto Rico in 2007, when he moved to Houston.

In addition to B.A. in Communications, Carlos has a degree in Meteorology, Geological and Earth Sciences and Geosciences from Mississippi State University.