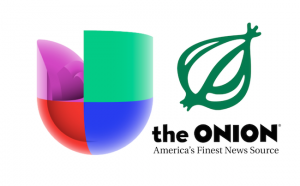 The Spanish-language media giant paid $27.1 million for its 40.5% controlling stake when it picked up the stake in the online site last month.

During the company’s quarterly earnings conference call this week, CEO Randy Falco defended the purchase, as well as its acquisition of the African-American targeted online pub The Root in 2015, saying both “are complementary extensions to our existing digital assets” that will Univision expand its reach and “achieve scale with multicultural millennial audiences.”

Univision’s investment in The Onion gave the company an instant online boost, doubling its digital presence. According to comScore data obtained by the NYT, during the month of December, Univision’s digital sites had 19.5 million unique visitors in the U.S. while Onion sites drew 19.3 million.