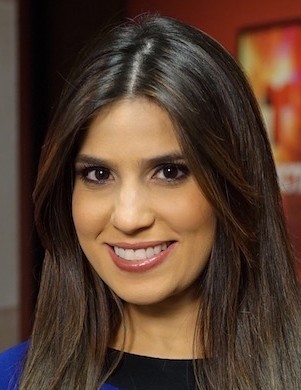 KBLR Telemundo Las Vegas today announced Alejandra Ortiz is joining the station as news co-anchor for its weekday newscasts at 5:30, 6 and 11 pm.

She’ll be teamed up with reporter Marco Zavala, who is filling in for Beatriz Moncayo, currently on a leave of absence.

Upon her return, Beatriz, who has been a solo anchor since the station launched local news in 2014, will co-anchor the newscasts with Alejandra.

She starts at the station today, but will make her on-air debut on Monday, March 28.

Alejandra has relocated from her native Colombia, where she has been working for the past 5 years, most recently as an anchor for CM& Televisión and as host of CM&’s lifestyle and entertainment magazine program “La Revista.”

While in college, she interned for Telemundo Network’s Noticiero Telemundo and NY1 Noticias.