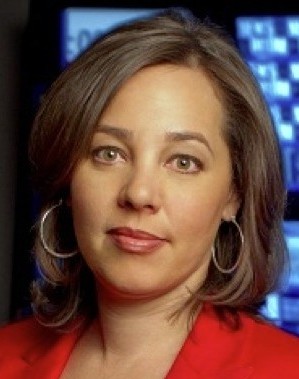 Due to her new role, she’ll report to both NBC News President Deborah Turness and MSNBC president Phil Griffin.

According to a memo sent out by Griffin, Rodríguez, who manages editorial direction of breaking news and oversees NBC Nightly News, has been working closely with MSNBC guiding political coverage on the cable network since January.

The move follows MSNBC’s increased focus on breaking news during daytime hours, and according to Griffin, the strategy is paying off with its ratings soaring by +166% in February from 9 am to 5 pm.

Prior to joining NBC, Rodríguez had been VP of programming at CNN.

I’m pleased to let you know that I’ve asked Janelle Rodriguez to officially lead MSNBC dayside coverage in addition to her duties as SVP Editorial, NBC News, and her leadership role at Nightly News. Janelle will report to both me and Deborah and will work closely with our dayside management team, including Izzy Povich, Pat Burkey and Rashida Jones.

As you know, Janelle has been partnering with the dayside team since January and has been essential to guiding the intense political coverage by both NBC News and MSNBC over the past few months. She is a strong editorial leader who fully understands what a formidable force we create when working together, combining resources, and sharing expertise across both networks.

MSNBC’s focus on breaking news in the day is a long game and we’re still in the early days, but these first six months prove we’ve got the best team in place to win. Thanks to your hard work and creativity, we’ve seen measurable success in a short time — both in the on-air coverage and in the ratings. Our teams are working overtime to produce smart, dynamic live coverage from primary states and major news events around the country. And it’s paying off: in February, MSNBC’s 9 a.m. – 5 p.m. dayside programming was up +166% in the demo, while FOX was up 10% and CNN was down 2%.

We see even greater potential for MSNBC’s future, and are building the foundation for a long-term strategy that extends far beyond the campaign season. Janelle is uniquely positioned to drive that effort in dayside.