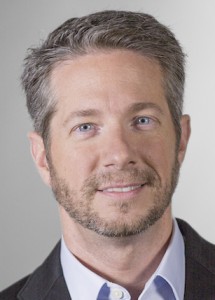 Media entrepreneur Eduardo Hauser is taking on a leadership role at Scripps Networks Interactive. The company has named him Managing Director, Latin America and the Caribbean.

He starts the job on March 7. He’ll continue to be based in Miami.

In his new role, Hauser will be responsible for the strategic direction and daily operation of the company’s businesses across Latin America.

The Food Network is currently Scripps’ only channel in Latin America, but part of Hauser’s role will be to help launch other networks in the region, like the company’s HGTV.

He will also be tasked with identifying and evaluating growth opportunities, including potential joint ventures and key partnerships across multiple platforms and distribution channels.

A V-me investor and shareholder, Hauser will continue to be a strategic advisor for the Hispanic network, but will be stepping down as Chairman of the board. He’ll stay on as a regular board member.

Hauser is the founder and CEO of DailyMe, a personalization technology company. He was previously Executive Vice President of AOL Latin America, leading the online company’s entrance into the Latin American and Hispanic markets.

Prior to joining AOL, he was VP of News and Information of Venevision. He previously spent 10 years with Venezuela’s Cisneros Group in several roles, leaving the company as Managing Director.