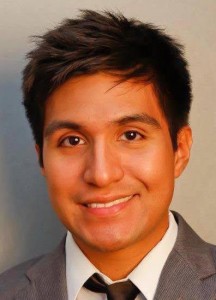 George Solis starts a new job today as a reporter for WJZ, the CBS O&O in Baltimore.

He joins the station from NBC affiliate WBBH in Fort Myers, where he was a Multimedia Journalist since August 2012.

A Southwest Florida native, George previously worked for the NBC/CBS affiliate in Gainesville.

He got his start in journalism as a website social media contributor and MMJ for GTN News in 2010.