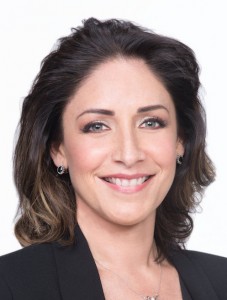 Mara Arakelian joins Telemundo as SVP of Talent Management, taking over the vacancy left when Mario Ruiz was named SVP of Music and Entertainment Projects earlier this week.

She’ll be based in Miami and Mexico and report to Luis Silberwasser, President of the Telemundo Network.

In her role, Arakelian will oversee all talent relations and casting functions in the U.S. and international locations and facilitate strategic coordination of the promotion of talent across all NBCUniversal Telemundo Enterprises’ broadcast, cable and digital and social media platforms. She’ll also work closely with the NBCUniversal’s sales division to identify and coordinate talent for partnership opportunities.

Arakelian joins Telemundo from Bobo Producciones in Mexico, where she was Management Director. She previously headed the joint venture between Latin World Entertainment and Platinum Rye, based in Mexico.

Before that, she held several executive roles at Televisa in Mexico, including Licensing and Merchandising Manager, Home Entertainment Director, and General Manager.