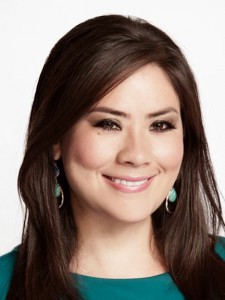 Arlen was most recently a reporter/producer for Univision network’s weekday and weekend newscasts, morning show “Despierta América” and  UnivisionNoticias.com.

She previously reported for WLTV Univison 23’s morning newscast. Before that, she worked as a reporter for DISH network channel Centroamérica TV.

Born and raised in Nicaragua, Fernández launched her journalism career at Canal 2, a local television station in her home country.