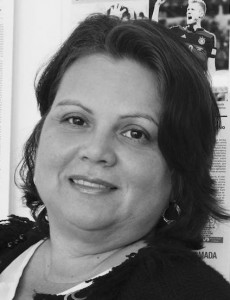 Layla Caballero has joined Azteca América as the General Manager of the company’s Miami and Tampa stations WDGT and WXAX. She’ll report to Enrique Pérez, EVP of Station Group.

Caballero arrives to Azteca from Las Américas Multimedia Group, where she was a member of the executive team and Director of Display, Classified and Digital Sales since 2013, responsible for overall sales operations and profitability of the company’s products, including South Florida’s Diario Las Américas.

She previously spent two years as Digital Account Director, Latin America and U.S. Hispanic for Publicitas. From 2002 to 2009, Caballero worked at The Miami Herald, first as a Key Accounts Sales Manager until 2004 and then as a Division Advertising Manager.

She began her media career in 1998 with MTV Latin America as an Account Sales Manager and worked with Yahoo! en Español from 2000-2002 as Director of Sales – Hispanic and Latin America.