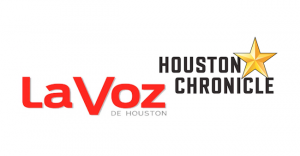 Denying it’s shutting down Spanish-language publication La Voz, the Houston Chronicle today confirmed it “has decided to scale back the size of La Voz,” effective May 1.

As a result, four people will lose their jobs. The Chronicle won’t relase the names of those affected, but sources confirm Olivia Tallet and David Dorantes are among the casualties.

Germán Fernández Moores will remain on board to run the free publication, which will continue to be printed and delivered twice a week.

In a press release, the company stated “These changes are being made after reviewing research that shows consumers and advertisers primarily value the advertising circulars that are delivered with La Voz, over additional content pages.”

Management is still evaluating if after May 1 La Voz will include translations of Chron stories or if there will produce original content.

The Houston Chronicle bought the publication from its founders in 2004.