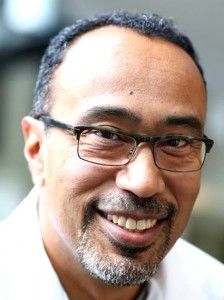 David Cazares has landed a new job nine months after being laid off as Web and Distribution Editor, arts reporter and podcast host at Minnesota Public Radio.

He’s moving to St. Louis Public Radio as an Editor for the arts, heath and science.

“I’m very excited about joining St. Louis Public Radio, given the strong work its award-winning newsroom did covering the death of Mike Brown in Ferguson and the turmoil that followed,” David tells Media Moves. “I’m also happy to continue making the transition from newspapers to public media that I began six years ago at MPR News.

I’m particularly enthused about joining a public radio organization that is making a stronger commitment to diversity. Its recent hires include photographer Carolina Hidalgo, who arrived a few months ago from Florida.”

David is scheduled to start in St. Louis on May 9.