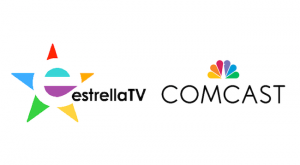 Liberman Broadcasting has filed a carriage complaint with the FCC against Comcast, claiming it’s discriminating against Estrella TV “for the purpose of benefitting its own Spanish-language networks Telemundo and NBC Universo.”

Estrella TV is currently off the air in Comcast households in Denver, Houston and Salt Lake City.

Liberman argues Comcast is violating FCC regulations and NBC Universal merger conditions by refusing to negotiate retransmission fees due to a conflict of interest as owner of Telemundo and NBC Universo.

The complaint, filed April 8, also claims Comcast is “seeking to exert its market position to unlawfully force Estrella to relinquish the digital rights to its own content as a condition for carriage.”

According to a B&C story, Liberman was trying to upgrade from must-carry status to retransmission consent, trying to negotiate license fees for the stations. But by choosing that option, if a deal isn’t reached, Comcast doesn’t have to carry them.

Comcast has responded to the complaint with this statement:

“Liberman Broadcasting has no case based on the law or the facts. First, as a threshold matter, the program carriage rules simply do not cover broadcasters like Liberman. They do not apply to broadcast networks. Second, Comcast did not drop Estrella TV; Liberman pulled the broadcast stations in three markets, and Comcast continues to carry Estrella TV to about six million subscribers across the country,” the company said in a statement.

This purported carriage complaint is just the latest attempt by Liberman to extract carriage and fees from Comcast that are in no way justified based on the weak performance of Estrella TV…Comcast negotiated in good faith for months before Liberman pulled the Estrella TV signals in the three markets. In fact, we offered to continue to carry the stations under the existing arrangements, which are the same terms we have with other, comparable stations.

Our decision not to pay the exorbitant price demanded by Liberman was a reasonable business judgment in the interest of our customers – and one that has been confirmed over the past year given the absence of any demand for Estrella TV in these markets.”