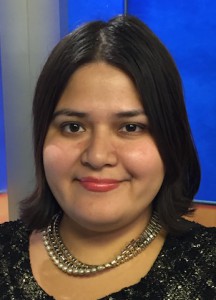 E.W. Scripps, which owns the Bakersfield station, is moving her to a job with more responsibilities in another one of its properties – KMTV Channel 3 in Omaha, NE.

In her new role, she’ll be bundling content for both broadcast and digital, executing the station’s social media strategy. She’ll also fill in on the assignment desk as needed.