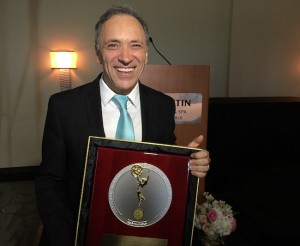 Romay was one of five recipients of the 2016 Suncoast Silver Circle Awards, which honors “distinguished individuals who have contributed a quarter of a century or more of exemplary excellence to the television industry.”

A longtime TV executive, who began his career in his native Argentina, Romay founded and grew Miami-based América TeVe from 20 to over 300 employees. Over the span of two decades, he built a channel that focused on original local Spanish-language programming.

Romay’s vision to expand his TV footprint led to a partnership with Caribevision. But that joint venture ended in a legal battle, which he lost last year causing his ouster. An appeal is pending.