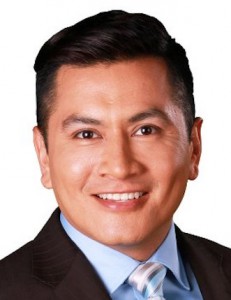 He has joined KTAZ Telemundo Phoenix as lead reporter for the launch of the station’s new consumer investigation unit under the station group’s franchise “Telemundo Responde.”

KTAZ joins 9 other Telemundo-owned stations the have a dedicated consumer advocacy team looking into consumer complaints of identity fraud, theft, and other wrongdoing.

Victor returns to Telemundo after working as a Public Affairs Specialist for State Farm insurance in Tempe, Arizona for the past two years.

He previously worked as a reporter for KVEA Telemundo 52 in Los Angeles. Before that, he spent 9 years as a reporter and anchor for KTVW-33, the Univision O&O in Phoenix and as a correspondent for Univision network.

Prior to his move to Phoenix, Victor worked as a segment producer for KWHY-22 in L.A. and a reporter at KUVS-19, Univision Sacramento.