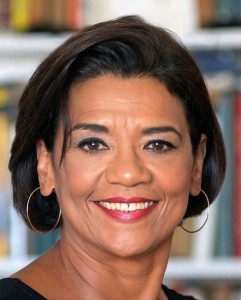 Best known as Sesame Street’s “Maria,” Sonia Manzano will be getting an Emmy Award for Lifetime Achievement.

She’ll be receiving the honor during the National Academy of Television Arts and Sciences’ 43rd annual Daytime Emmys on May 1 in Los Angeles.

But it won’t be her first Emmy. Manzano, who retired last year after a 44-year run on Sesame Street, will be adding to her collection of 15 Emmys for her work as a writer for the popular children’s program.

In addition to her work on Sesame Street, Manzano has written a children’s book and most recently, her memoir “Becoming Maria: Love and Chaos in the South Bronx,” released last year.