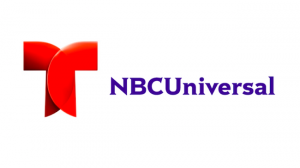 This year’s upfront will be different for Telemundo. The Spanish-language network won’t have its own presentation as in years past.

Instead, parent company NBCUniversal announced that for the first time, it will consolidate its three major events into a single presentation at Radio City Music Hall on the morning of May 16.

In previous years, the company held three Upfront presentations – one each for NBC Broadcast Entertainment, Telemundo and its Cable Entertainment portfolio.

Pitching a “unified portfolio,” NBC Universal will feature its programming lineup for its broadcast, cable, news, sports and Spanish-language networks. That will also include NBC Universo.

According to the company, NBCUniversal’s portfolio reaches more than 93% of U.S. viewers every month and represents approximately 20% of the total TV audience.

Linda Yaccarino, Chairman of Advertising Sales and Client Partnerships for NBCUniversal, will lead the presentation.

The company would not comment on the extent of Telemundo’s role in the event or if any of its executives would participate.