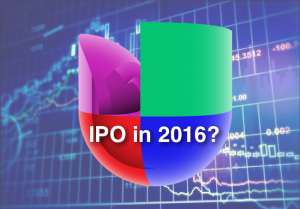 An initial public offering that could raise as much as $1 billion for Univision could be set for July of 2016, if market conditions improve.

According to a Bloomberg report that cites “people with knowledge of the matter,” plans for the IPO could get revived if the market value surpasses $6.5 billion for the offering.

News of an IPO target date in the second half of this year resurfaced today after Univision announced it bought ABC’s stake in Fusion.

Univision filed its plans for an IPO with the SEC in July of last year. In the S-1 filing, Univision, which would trade under the UVN symbol, didn’t reveal how many shares it intends to sell or how much each share would cost.

Proceeds from the sale of shares will be used to repay debt and for other expenses.

Talks of an IPO have surfaced multiple times since 2012, as Univision’s owners, comprised of several private equity firms led by Saban Capital Group, have been trying to recoup the $13.7 billion they paid to buy the company in 2007 and take it private, just before the recession hit.