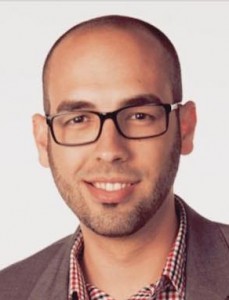 William Negrón is switching jobs and markets within Telemundo. He’s moving from KTMD Telemundo Houston to KVEA 52 in Los Angeles.

A news producer for KTMD’s 10 pm newscast for the past three years, he’ll take on the role of 11 pm producer at KVEA.

William’s last day at the Houston station is May 6. He’ll be starting in L.A. a week later.

Prior to KTMD, he worked for Telemundo Puerto Rico. He previously worked as a producer, writer, editor, reporter, photographer and graphic artist for Spanish Television News, and also reported for Cumbre 1470 AM.