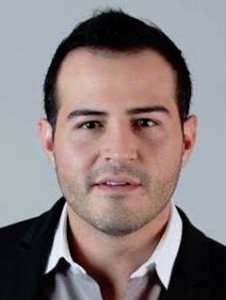 He joins the station as weekend weather anchor for Noticiero Telemundo 47 Fin de Semana at 5:30 and 11 pm and will also support the weekday newscasts.

His first day at the station is today, but his on-air debut will be Saturday, April 23.