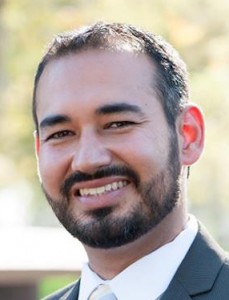 Jaime Cárdenas has moved to the East coast and starts a new job today as Digital Strategist for The Tennessean and tnMedia.

Until just two weeks ago, he was Sports Digital News Editor for the Los Angeles Daily News and Southern California News Group.

In his new role at The Tennessean, he’ll be guiding the newsroom’s digital, mobile and social media strategy.

“This is a terrific opportunity in a position of leadership. I will be helping oversee a team of 10 digital producers,” Jaime tells Media Moves. “I will forever be thankful to the Daily News and Digital First Media for the opportunity and fostering an environment to grow as person and a professional. Without them, I would not be in a position like this one.”

Before joining the Daily News in 2014, Jaime spent over six years as communications coordinator for the Los Angeles Galaxy, where he oversaw the launch of the soccer team’s Spanish-language website and developed the team’s social media strategy.

He was previously a staff writer for the L.A. Times and the Orange County Registered, where he covered sports.