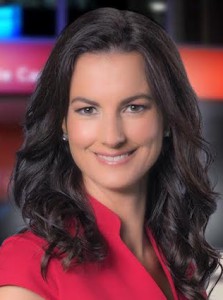 Karina Dalmás, an L.A.-based CNN en Español correspondent who left the network in December of last year, is now anchor of a national newscast in her native Uruguay.

“After being in the United States for 14 years and having fulfilled many of my professional dreams, I am thrilled to be back home close to my loved ones and working with a great team of professional journalists. I’m very thankful for the opportunity,” Karina tells Media Moves.

“I have enjoyed working for CNN,” she says, but was looking forward to spending “more quality time with my family.”

Among her many roles since her arrival in the U.S., Karina has worked as a reporter, producer, assignment editor and anchor. After briefly working at Univision in Miami, she moved to Los Angeles, where she worked for KRCA 62, Azteca América, Univision, Mega TV and Telemundo 52, before spending the last 5 years at CNN en Español.

Karina started her career in Uruguay, where she worked as an anchor for Channel 5, Channel Montecable and Cable Canal 6.