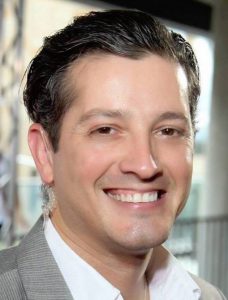 Miguel Gaytán has left his job as News Director of KAKW Univision Austin to lead the news department at KTAZ Telemundo Phoenix.

Gaytán’s appointment as News Director is effective immediately. He replaces Andrea Ospina, who left the position to accept a job as Assistant News Director at sister station KTMD Telemundo Houston.

In his new role, Gaytán will be responsible for the overall performance of the news department across multiple media platforms.

Gaytán is relocating from Texas, where he has worked at Univision affiliated stations for the past 20 years. He was most recently News Director for Entravision-owned Univision Austin 62 since 2014.

He previously spent 9 years at KWEX Univision San Antonio, first as Assignment Editor and later, Executive Producer. He started his career in broadcast television at KLDO Noticias Laredo in 1996, working his way up from a production assistant to producer, before getting promoted to News Director in 2000.