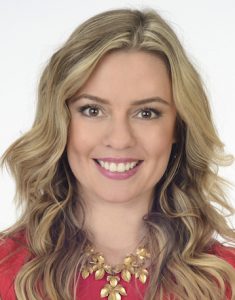 Kristie Gonzales is moving to Texas and tackling a new career challenge. She leaves WABC in New York, where she is Promotion and Digital Brand Manager to take over as President and General Manager of KVUE in Austin.

Her last day at WABC is today and she starts her new role on June 27. She’ll replace Patti Smith, who is retiring at the end of the month.

This is a big jump in responsibilities for Gonzales, who has previously held management positions across the country, but will be in charge of a TV station’s operations for the first time at KVUE.

She has also worked as Creative Services Writer and Producer at WPVI-TV in Philadelphia and a promotions producer and editor in Albuquerque.