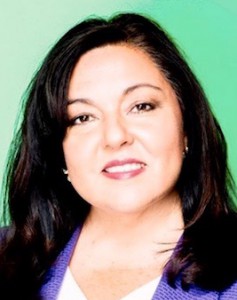 Reporter Sandra Gonzalez is no longer at KSNV. She has left the NBC affiliate in Las Vegas after a four-year run. Her last day was Friday, June 3.

“I am on to the next adventure in my life,” she wrote on her Facebook page. “Don’t know what God has in store for me, but I am ready.”

Sandra tells Media Moves she has grown very fond of the city and will remain in Las Vegas for the time being:

“It has been a joy and a pleasure covering the many communities that make up Southern Nevada. I love the people, the many friends I have made and those gorgeous sunsets and sunrises.”

Before making the move to Las Vegas in 2012, Sandra spent six years in New Orleans, where she worked as a Digital Journalist at ABC affiliate WGNO-26 and a general assignment reporter at WVUE, Fox 8.

She was previously a reporter at NBC affiliate KGET in Bakersfield from 2002 to 2006.

Before starting her TV reporting career, she worked as a radio reporter and anchor from 1993 to 2001.