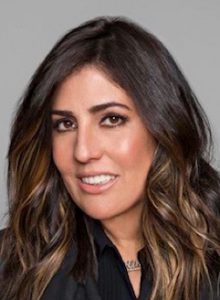 VH1 veteran Nina L. Diaz moves up the management ladder at the Viacom-owned cable network. She has been promoted from SVP East Coast Production and Development to EVP and Head of Reality Programming, overseeing all reality development and production for VH1.

Diaz has developed and overseen some of the network’s biggest hits, including “Love and Hip Hop,” “Black Ink Crew” and “Mob Wives” and the upcoming “Amber Rose Show.”

Before joining VH1 in 2014, she was SVP Head of Current Production at Left/Right Productions, where she produced several series, including VH1’s “Mob Wives.”

She previously spent 10 years at MTV, leaving the network as VP of the News & Documentaries division in 2007. While at MTV, she created and produced series such as “Cribs” and “My Super Sweet Sixteen.”