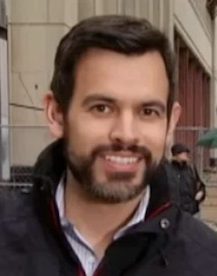 Anthony Ponce has resigned from his job as weekend morning anchor and reporter at WMAQ.

Ponce, who had been at NBC’s O&O in Chicago since 2007, is leaving the station “to pursue other opportunities outside of television news.”

Chicago TV columnist Robert Feder points out that Ponce was “passed over for promotion to weekday morning news anchor after the departure of Stefan Holt,” who is now 4 pm anchor at WNBC.

Anthony had replaced Holt as weekend morning news anchor in 2012.

Before joining WMAQ, Ponce worked as a reporter at WISH-TV in Indianapolis and WANE-TV in Fort Wayne.

He is related to two other Chicago TV journalists. His father is Phil Ponce, hosts nightly television magazine “Chicago Tonight” on WTTW-Channel 11. His brother is Dan Ponce, a morning news anchor at WGN-Channel 9.