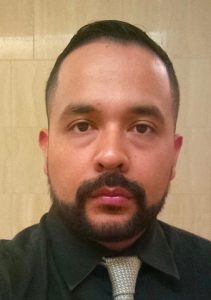 Oscar E. Garcia has started a new job as News Director of KIII-TV in Corpus Christi.

He joins the ABC affiliate from KFOX in EL Paso, where he was Executive Producer since February of 2014. Before that, he spent over three years as news producer for the station’s 9 pm weekday newscast.

Oscar previously worked at KTSM/KDBC, where he started his broadcast career in 2005. He began as an editor and worked his way up to reporter and producer, before landing the Executive Producer job at KFOX.

This is his first week as a news director.