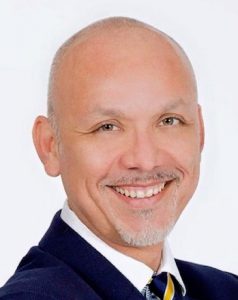 Marco González has been named to the newly created position of VP of Public Relations and Corporate Affairs of Liberman Broadcasting, Inc., the parent company of Estrella TV network.

This is the first time LBI Media will have an in-house communications and public relations executive.

González, who starts the new job on July 13, will be reporting to Chief Operating Officer Winter Horton.

In his new role, he’ll be LBI’s official spokesperson and will be responsible for communications strategy, as well as community affairs and media relations efforts.

He was previously National Publicity Manager for Univision Records, where he led public relations efforts.

González began his career in communications as a freelance entertainment writer for media outlets such as La Opinion newspaper, Latin Style Magazine, LatinoLA.com and Tentaciones Magazine.