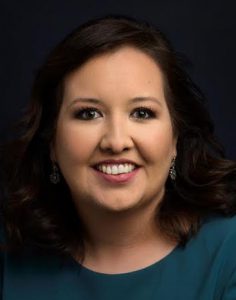 After more than 8 years with Univision, Mónica Talán has decided to leave her role as the company’s as EVP of Corporate Communications and Public Relations. Her last day is August 26.

“I will be forever grateful to my Univision family led by CEO Randy Falco – someone who believed in me and helped me become a much better practitioner – and my many colleagues,” Talán shared on Facebook. “This is not a goodbye to Univision. I know that I’ll continue to work with many of you….”

Talán says she will begin “a new adventure,” joining startup PreK12 Plaza, which focuses on education and technology in the Hispanic community.

Before Univision, she spent more than 10 years at Fleishman-Hillard as a SVP/partner, senior counselor and strategist for general and Hispanic market initiatives.

Earlier in her career, she held public relations and communications roles at Enron Latin America and the Texas Department of Commerce.

Rosemary Mercedes, SVP of Corporate Communications, will step into Talán’s role on an interim basis while the company conducts a search for her replacement.

Today we are announcing that after eight very successful years with us at UCI Mónica Talán is stepping down from her role as EVP of Corporate Communications and Public Relations. Saying goodbye is never easy, especially when it’s one of UCI’s greatest champions and tireless brand ambassadors, however I am happy to see Mónica pursue another passion with a promising start-up company focused on education and technology within the Hispanic community. Her last day with UCI is August 26th.

Since joining Univision in 2008, Mónica has established a well-respected, award-winning corporate communications and public relations team and has transformed the relationships that our entire Company has with key members of the media, stakeholders and influencers. Mónica’s strategic vision and leadership have been instrumental in evolving UCI’s perception from a Spanish-language television company into a true multiplatform media powerhouse. She was also instrumental in the revamp of our internal engagement efforts working with many of you to provide employees another communication touch point via UCI Central. We are fortunate that she has built a terrific team to communicate our mission as we continue our evolution into one of the nation’s most diverse, innovative and influential media companies.

I’d like to personally thank Mónica for the countless contributions she has made to UCI over the years. I hope you will join me in wishing her well as she embarks on the next phase of her career.