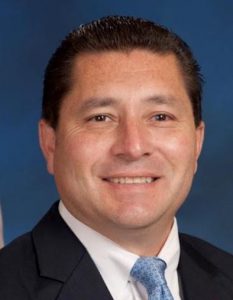 Univision has created a new position and hired a high-level FBI officer to deal with “rapidly-evolving security and safety issues” that the company may face.

Diego Rodríguez has been named Univision’s Chief Global Security Officer, tasked with “overseeing and coordinating enterprise-wide security efforts to ensure that the company has best-in-class practices in place to safeguard the Company, its people and its critical assets.”

He will be responsible for developing and implementing a global strategy that can adjust to rapid change in business, technology and information flow.

Rodríguez, who was most recently Assistant Director in Charge of the FBI Field Office in New York, will be based at Univision’s corporate headquarters in New York and report directly to Jonathan Schwartz, Chief Legal and Corporate Affairs Officer.

He will also work closely with the company’s entire senior leadership team, including Margaret Lazo, Chief Human Resources Officer, to whom he also will report.

A Univision source says the hire is not in response to any specific threat against the company.

Rodríguez joins Univision after spending 26 years at the FBI. In his most recent role as the head of the FBI’s New York Field Office, he supervised more than 2,200 FBI agents and professional support personnel.